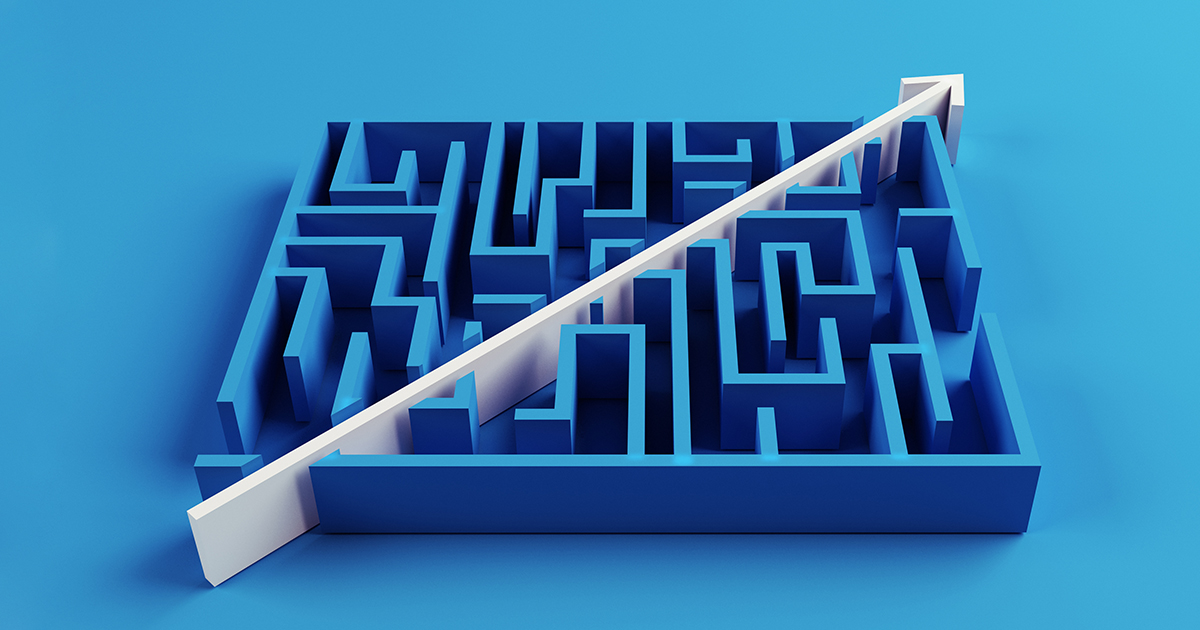 Ockham's Razor and the Illusion of Complexity

A 14th century Franciscan friar, William of Ockham, is credited with having formalized the principle that "simpler solutions are likely to be more correct than complex ones." Also known as the law of parsimony, this "keep it simple" concept is often referred to today as "Ockham's razor" – a tool to be used in cutting away extraneous material when getting from point A to point B.

A great read illustrating how this concept applies to investing can be found in John Watkins' article The Illusion of Complexity, published recently by the Hilliard Lyons Trust Company.

Acknowledging the growing complexity of the world in which we live and of financial markets, Watkins writes, "A typical response is to fight complexity with complexity. Many investors believe they need investment solutions that are complex... and hyperactive."

What Would Wile E. Coyote Do?
Most of us can recall the amusingly unfortunate outcomes of elaborate plans made by various Saturday morning cartoon antagonists. But even without that context it seems a little ironic that the investment industry's response to intense market disruption or protracted uncertainty often involves additional layers of complexity.

A case in point: Bloomberg's announcement during last year's stock market correction that "UBS Global Wealth Management is embracing a playbook beloved by hedge funds – a slew of options trades" purporting to be "the skeleton's key to unlock ever more complex and fitful markets."

Contrast this with Watkins' overarching investment philosophy: "We believe that simplicity, rather than complexity is the best way to achieve long term investment objectives."

The Strength of Simplicity
On one level, Ockham's razor is trivial. Of course the solution with the fewest moving parts will have the highest utility value. But on another level, it is deceptively profound. That's because the characteristics of simplicity and complexity are integrally related to resilience and fragility.

As Nicolas Taleb explored in his book, Anti-Fragile, complex structures and complex systems, whether natural or man-made, are inherently fragile. When subjected to shocks or stress, they tend to break more easily, the breaks tend to be more damaging, and the damage tends to be more permanent. By contrast simple structures and simple systems have a much greater capacity to withstand turbulence multiple standard deviations away from the norm. Think, for example, of the difference between how trees in a forest and downtown office buildings are affected by earthquakes.

The financial crisis gave us a test case of just how fully this link between complexity and fragility applies to our modern day financial system. Most of the devastation during and after 2008-2009 was caused by complex financial products – like collateralized mortgage and debt obligations – and the most serious breakage occurred at complex organizations like Lehman Brothers and AIG.

The Devil in the Details
Complexity is also inversely related to transparency, Watkins points out. Complex investment solutions are harder for investors to understand. It is harder to predict how they will respond under extreme conditions. And it is harder to know what to do when they deviate from expectations.

Warren Buffet's longtime partner at Berkshire Hathaway, Charlie Munger, has been quoted as saying, "Simplicity has a way of improving performance through enabling us to better understand what we are doing."

For Watkins, the benefits of simplicity are equally fundamental: "Simplicity is the cornerstone of intelligent investing."

While on the topic of transparency, I will disclose here that John is one of many seasoned investment professionals at Hilliard Lyons who will be joining Baird next month. And I couldn't be happier about that.