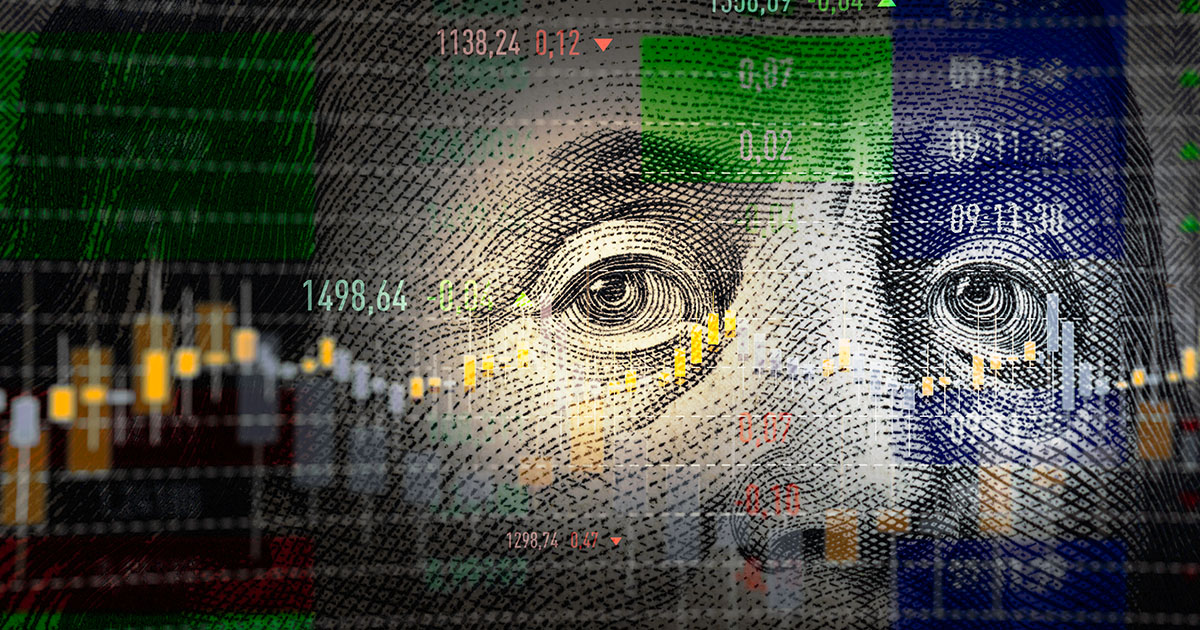 "Give me a lever and I will move the earth," the Greek philosopher Archimedes is paraphrased as saying.

While the markets themselves are politically agnostic, public policy has a significant impact on business fortunes and individual stock prices and, in turn, on how market sectors move.

"Companies understand the risks and opportunities from government policy faster than investors," says Dan Clifton, a noted Washington D.C. policy analyst with Strategas, a macroeconomic research firm and Baird company. According to his research, "the number of companies citing the government as their top risk doubled from 26% to 52% since the financial crisis."

Magnify these effects tenfold in an election year, when novel and occasionally extreme policy proposals are floated by Presidential candidates. As Nicholas Bohnsack, co-founder and President of Strategas, writes: "Election years have always had a funny impact on the markets. The impact on investors' emotional volatility is almost blinding. In election years, we all become policy analysts."

For current examples, just look at the way stocks in managed healthcare companies have tracked with polling results for Bernie Sanders or Elizabeth Warren, both of whom have proposed “Medicare for All” plans that could essentially end private health insurance. Or the spike in corporate earnings in 2018 after passage of legislation reducing corporate tax rates. Or the 30% decline in Facebook’s stock price during 2018 Congressional debate over new privacy regulations. Or the impact of President Trump’s tariffs on the share prices of China-exposed companies like Advanced Micro Devices, Chevron, Qualcomm or Wynn Resorts, all of which have been impacted by trade war headlines.

Even outside of traditional election cycles, government policy has become as important a driver of individual stock performance, sector performance and overall market trends as it’s ever been in our lifetimes.

So much so that Clifton created an innovative “lobbying index,” a basket of 50 stocks selected on the basis of their “lobbying intensity.” Lobbying intensity is a quantitative metric that takes into account the amount of money a company spends on advocacy relative to factors on a company’s balance sheet.

Clifton’s premise, simply stated, is that within any given sector, companies that are more active in Washington – those that invest more resources in lobbying and public policy advocacy – tend to outperform their competitors.

Regardless of any one person’s political beliefs, the impact of public policy on business is clear. “Our research has found that an increasing share of company profits are derived from public policy developments,” Clifton says. The lobbying index is the underlying index for Strategas Asset Management’s Policy Opportunities Portfolio. “With the government casting a larger shadow over the economy and the 2020 election quickly approaching, the Policy Opportunities Portfolio is designed to invest in companies that place a priority on lobbying spend.”

More than a decade of data seems to support Clifton’s thesis. Since the Policy Opportunity Portfolio’s inception in 2009, it has outperformed the S&P 500 by an average annualized 2.9% (290 basis points).

Why? What is driving this outperformance?

“The lobbying basket’s continued outperformance stems from the fact that the market cannot properly value the earnings benefit generated by company lobbying,” Clifton says. “Corporate lobbying is not a traditional factor accounted for in most analysts’ models.”

Clifton’s portfolio captures the flip side of the “crony capitalism” decried by politicians and others who favor increased regulation and government intervention. Corporations have been criticized by these and other entities for wielding their resources, directly and through trade associations, to influence government policy, allegedly “rigging” the rules of the policy game to their advantage.

What this crony capitalism critique ignores is that the federal government, growing exponentially as it has over the last 100 years, has become so inextricably entwined with every aspect of our capitalist economy that corporations now ignore what’s going on in Washington, D.C. at their own peril.

Our economic system is no longer (if it has ever has been) a free market economy. It may not (yet) be a managed economy, either. But it is an economy where elevated government policy uncertainty and almost continuous regulatory change are among the most important factors influencing business fortunes.

“Since the bursting of the tech bubble in 2001 and the financial crisis in 2008-2009, regulatory intervention in the private sector has accelerated,” says Clifton. “It used to be that company earnings were generated by research and development and by capital expenditures. Now it’s driven by lobbying.”

Regardless of who wins this year’s Presidential and Congressional elections, that’s likely to continue. And Clifton’s Policy Opportunities Portfolio represents a unique way for investors to proactively hedge against and participate in that trend.